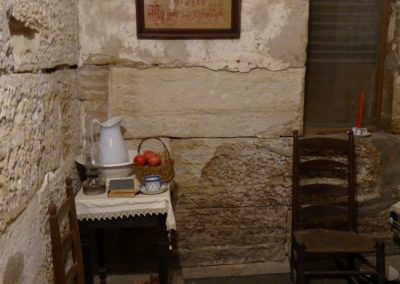 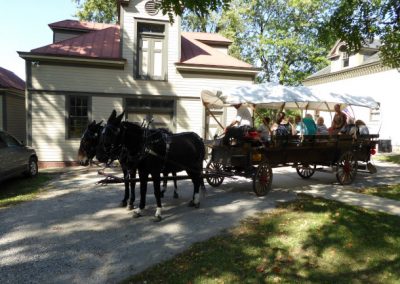 The lovely mules are Margaret and Vienetta. 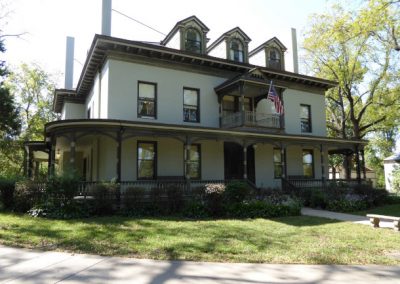 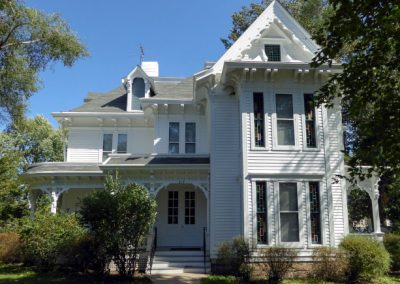 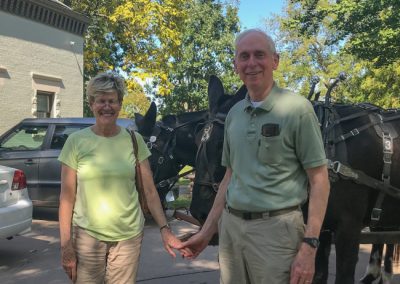 Mary and Dan Pence in front of the mule-drawn carriage 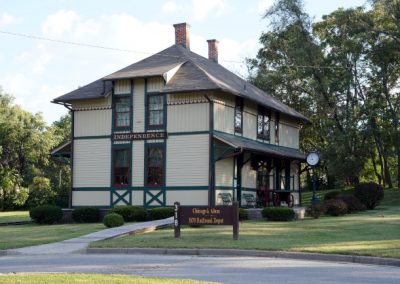 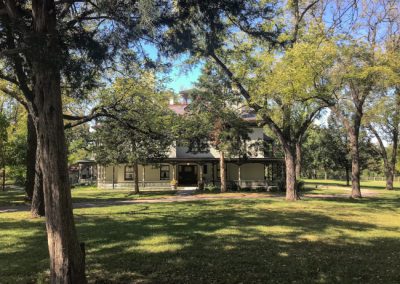 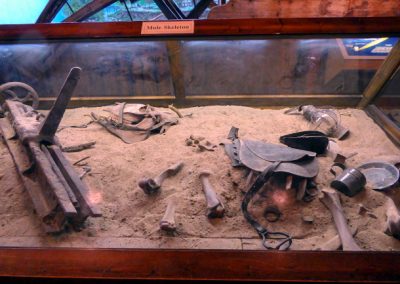 The mule was the only casualty of the ill-fated steamboat “Arabia”. 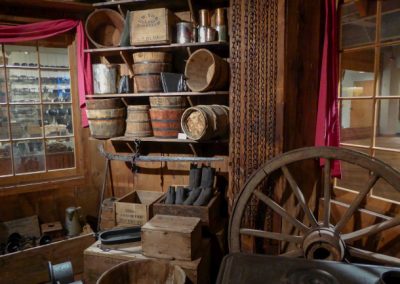 Buckets and wheels from the “Arabia”

On September 5, 1856, the “Arabia” was traveling on the Missouri river near Kansas City, carrying 200 tons of cargo when the steamboat hit some debris from fallen trees. The boat sank along with its entire cargo. In 1988 the “Arabia” was recovered and the cargo is now on display at the “Arabia Steamboat Museum” in Kansas City. 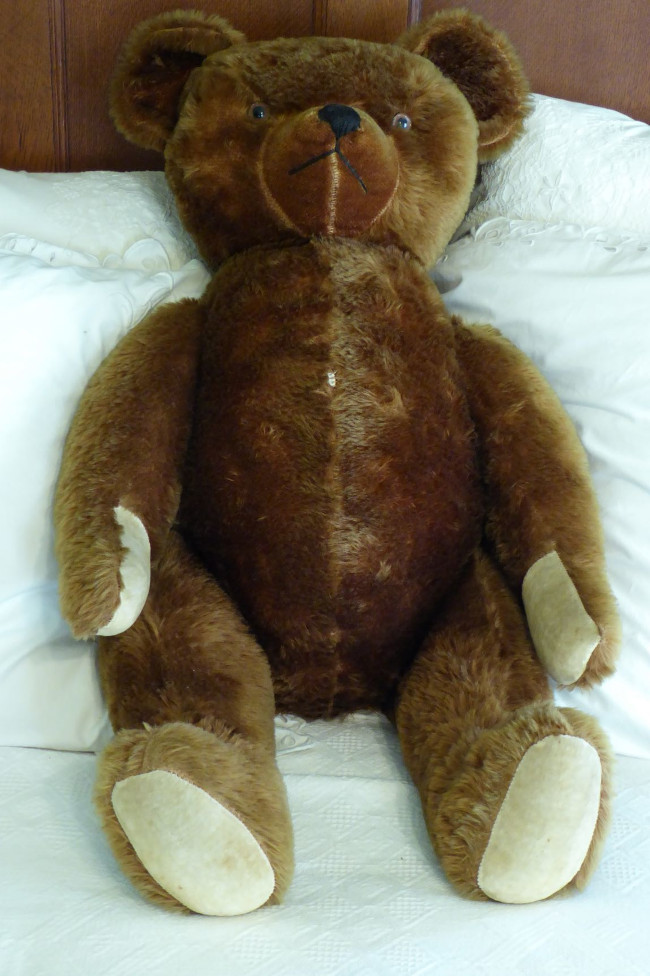 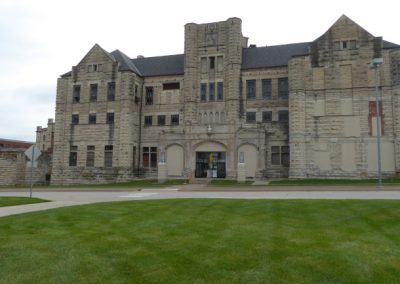 Bill Ryan was an inmate after he was found guilty and sentenced after the Blue Cut robbery (September 7, 1881). 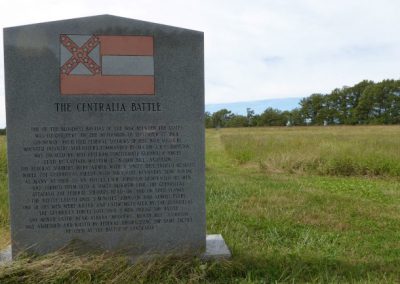 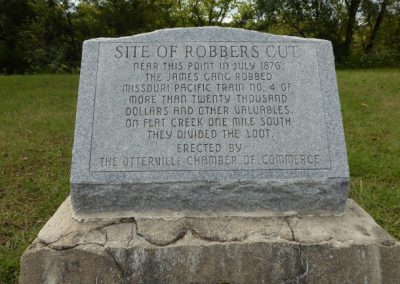 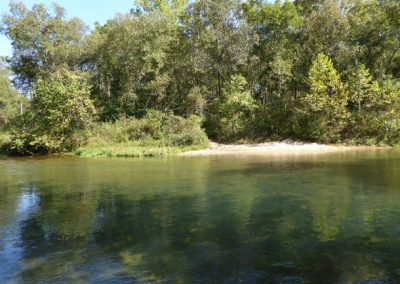 The crossing on the Current River the outlaws took to get to the Howell cabin. 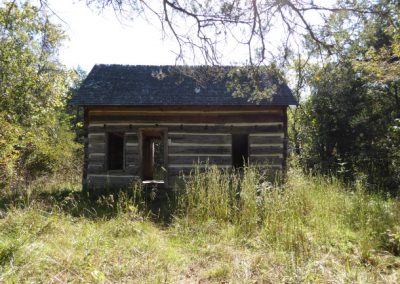